Listen To The Drive At 5

Celebrating The End Of The Week

Mixed by: Todd Wilkinson
Transferred and remastered by: Brandon Mullis

The “Five O’Clock Hootie-Hoo” was by far the most anticipated part of every week at Channel Z. Mixed in-house, the song was a celebration of the end of the work-week, and the freedom of the start of each weekend. It was featured every Friday to kick off DJ Reckless Eric’s “Ride Home,” and became the proud anthem of all Channel Z listeners. When Channel Z went off the air on December 10, 1996, the Hootie-Hoo got more requests than any other song they played. 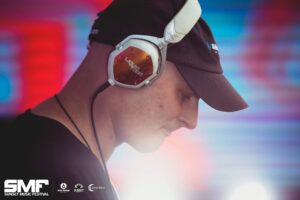 Most people figure the Hootie-Hoo as merely “Rock & Roll, Pt. 2” by Gary Glitter, but this is incorrect. While Channel Z used “Rock & Roll, Pt. 2” on a number of occasions, most of the Hootie-Hoo came from a remix of the song done by the Timelords, who juxtaposed it with the Doctor Who theme and “Blockbuster” by Sweet. This track was called “Doctorin’ the Tardis,” and it was featured on the album The History of the JAMs a.k.a. The Timelords in 1988.

The Hootie-Hoo was mixed by Todd Wilkinson, who today goes by the name Liquid Todd. He made the track using predominantly the 12″ mix of “Doctorin’ the Tardis,” adding audio clips from other songs, films, and Channel Z airtime within the first minute of the track. At about 3:45 it switches to a break from “Rock & Roll, Pt. 2,” then finally goes to the album version of “Doctorin’ the Tardis” for the outro.

What the hell is the “Tardis”?

Sources of the clips heard in the first minute: